This article is intended for people who create rich internet applications with drag and drop functionality and want to make them accessible. No prior knowledge of WAI-ARIA is assumed, although it is recommended you read my introduction to WAI-ARIA article before starting this article. A basic knowledge of scripting is assumed, and is necessary to understand exactly what is going on in the code example, but this knowledge is not necessary to understand the basic concepts discussed.

After reading this article you will have an understanding of how to structure applications with drag and drop functionality so they are accessible.

The term drag and drop infers using a mouse to move an object from one location to another. Wikipedia has the following description for drag and drop:

In computer graphical user interfaces, drag-and-drop or DnD is the action of (or support for the action of) clicking on a virtual object and dragging it to a different location or onto another virtual object. In general, it can be used to invoke many kinds of actions, or create various types of associations between two abstract objects.

Accessibility challenges of drag and drop

Some people with poor fine motor control have difficulties making small movements and remaining steady. For this group of people, the dexterity requirements to accurately select and move an object using a pointing device can cause them problems, and they benefit from a keyboard equivalent being made available to allow them to use such functionality in a different way.

To be accessible, all functionality should be operable through the keyboard alone. Making drag and drop operations keyboard accessible is a relatively simple process, but there are a few extra challenges for people using assistive technologies, such as screen reader users and screen magnifier users. These challenges include:

Fortunately, WAI-ARIA has properties to overcome these problems.

The aria-grabbed property is used to determine whether an element is in a grabbed state for a drag and drop operation.

If an element does not have an aria-grabbed property at all, the element cannot be dragged.

The aria-grabbed attribute in the following example indicates that the list item has been selected to take part in a drag and drop operation.

The aria-dropeffect property is a state that indicates the type of operation that will occur when an object taking part in a drag and drop operation is released on the target. More than one value can be provided as a space-separated list of tokens. The following table lists the possible values for aria-dropeffect.

The aria-dropeffect attribute in the following example indicates that the effect of dropping an object on this unordered list would be to remove the object from its current location, and copy it into this list.

There is a well-defined HTML 5 event model for drag and drop operations. The model is too complex to cover in detail in this article, but I will cover the properties that could be useful for accessibility.

HTML 5 has a draggable attribute to indicate whether an object can take part in a drag and drop operation. The attribute has three possible values:

The draggable attribute in the following example indicates that the list item can be selected to take part in a drag and drop operation.

This information could be augmented with WAI-ARIA’s aria-grabbed property to indicate not only that it is draggable, but also whether or not it has been selected to take part in a drag and drop operation.

The DataTransfer object manages the attributes for the drag and drop operation and has a dropEffect attribute to determine what happens when the object is released. The attribute accepts four values.

The value of the dropEffect must match one of those specified in the effectAllowed attribute of the DataTransfer object, which can be one of none, copy, copyLink, copyMove, link, linkMove, move, all, or uninitialized.

A workflow for drag and drop

I have created a simple application to demonstrate drag and drop with ARIA and outlined a workflow based on guidance from WAI-ARIA’s best practice for drag and drop operations. The demonstration consists of a list of artists that can be dragged and dropped into lists under different headings, as seen in Figure 1.

You can check out the drag and drop example running live, or download the source code and play with it yourself.

Ensure objects can be reached using the keyboard

The simple demonstration used with this article adds the list items for artists into the keyboard tab order by providing a tabindex attribute value of 0 so they can be navigated to using the Tab key.

Objects that can be dragged should have their aria-grabbed property set to false to indicate they are available for dragging, but are not currently selected for dragging.

In the demonstration, the draggable items specify a CSS cursor property to provide a visual indication that items are draggable using a mouse.

It is also important to ensure that interface elements have a visible keyboard focus indicator. The demonstration adds a focus class when the source objects receive focus. The CSS for the focus class changes the background colour to provide a visible focus indicator, in the same way items are highlighted when the mouse is hovered over draggable objects.

Ensure the user can initiate the drag operation with the keyboard

Users must be able to select one or more elements to drag. The DHTML Style Guide suggests keystrokes to use for drag and drop. They recommended Space is used for single selection. Shift Space may be used to select contiguous objects, and Control Space may be used to add non-contiguous objects to the set. For each object that is selected, the aria-grabbed property must be set to true.

In the demonstration, the aria-grabbed attribute is set in response to a mousedown or keydown event.

After source objects have been grabbed, valid targets should be identified using the aria-dropeffect property with an appropriate value. In the demonstration, a function is called after an item has been selected to identify the targets with aria-dropeffect; this also uses a class to make the targets visually obvious.

The CSS class simply sets the background colour on the list to make it visually evident it is a target (see Figure 2):

Ensure drop can be executed using the keyboard

The user should be able to quickly navigate to the target and perform the drop operation. The recommended keystroke combination for dropping an object onto a target is Control M. If the drop is likely to result in the user having to navigate through lots of interface elements in order to reach the target, it is recommended that a context menu be provided that can be activated with Shift F10, containing a list of possible target areas that the user can select using the Up and Down cursor keys.

In the demonstration, only one item can be dragged at a time. As pressing the Spacebar when the source has focus is used to indicate that the item is to take part in a drag and drop operation, it seemed unnecessary to introduce extra keystrokes to activate a context menu, so the example automatically provides the context menu when an artist is selected. The first stage is to indicate that each item has a popup menu.

When an artist is selected with the keyboard for dragging, a dialog for the user to select a target is automatically presented, as shown in Figure 3.

If more than one operation is allowable, such as copy or move, an ARIA-enabled dialog should be provided whereby keyboard users can choose the operation they want to perform, and the targets should use an aria-dropeffect property of popup.

If a dialog is being used to select the target, the possible drop operations can be provided as a sub-menu for each target; otherwise, the target dialog should be displayed on the target.

The user should be able to cancel the drag operation. The recommended key to cancel the operation is the Escape key. After the operation has been cancelled, all draggable objects should have their aria-grabbed values set to false, and all targets should have their aria-dropeffect properties either set to none or removed. In the demonstration, the aria-grabbed properties are set to false and the aria-dropeffect properties are removed.

Keyboard focus should be set to the last grabbed source object when the drag is cancelled.

Cleaning up after drag and drop operations

Objects that are no longer grabbable and that have an aria-grabbed property should either set the value to undefined, or remove the property from the DOM.

My colleague, Steve Faulkner, tested the demonstration and provided feedback about how it works with current user agents. Both Internet Explorer and Firefox expose the aria-grabbed property. Unfortunately, at the time of writing this article, no screen readers support these ARIA properties, although NVDA plans future support. Even though support is not good at the moment, it is recommended to use WAI-ARIA’s aria-grabbed and aria-dropeffect properties; it is simple to provide, does no harm, and implementing it now means it will be in place for when support is finally available.

A quick note about CSS support

If you look at the CSS for the example, you’ll notice that I have used classes for hover and focus:

This is because IE 6 and below don’t support :hover and :focus pseudo-classes on non-link elements. 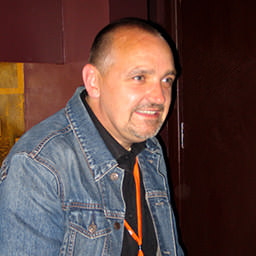