requestAnimationFrame is now supported across all modern browsers, although still prefixed in some. Erik Moller has written a polyfill that should handle all other browsers. We’ll see this in more detail later. Let’s start from the beginning…

In order to see what’s great about requestAnimationFrame, we must first have a look at the not-so-good old way in which we used to do animations. I’m sure I don’t need to tell you that long before Mozilla got the first experimental implementation of mozRequestAnimationFrame you could already create animations using setTimeout and setInterval. I’ll assume you’re already familiar with these two so I’ll not go into details, if you want to know more here’s an excellent article by John Resig explaining in depth how JavaScript timers work.

As much as I don’t want to be dismissive of these old-school methods, they do have some unfortunate downsides. First of all, JavaScript timers continue to work even in background tabs, and even when the corresponding browser window is minimized. As a consequence, the browser will continue to run invisible animations, resulting in unnecessary CPU usage and wastage of battery life. This is especially bad in the case of mobile devices.

Second, not only do timers continue to run for invisible animations, but when their time is up they also always enqueue their callback functions. Let me explain why this can sometimes pose a problem — say you didn’t do your job particularly well and for some reason the callback function takes more time to finish than you have set up your timers for. Once the timers are up they will enqueue yet another callback function, even though the previous one hasn’t finished running. As this process repeats itself over time, you can quickly enqueue a virtually infinite amount of timer code, causing the browser to stall. Figure 1 provides an illustration of this.

But even in cases where your callback functions don’t take longer than the timers, setTimeout and setInterval still aren’t optimal. Both can only redraw animations at a fixed rate, so to make sure the animation is smooth, we tend to err on the side of caution and choose a frequency slightly higher than the display refresh rate. This, however, causes unnecessary drawing, as some frames are drawn before the display refresh rate is ready to paint the animation outcome and are therefore just discarded. Figure 2 illustrates this problem.

requestAnimationFrame is an API that does exactly what you would hope for: it passes the responsibility of scheduling animation drawing directly to the browser. The browser can do it better because, well, it knows what’s going on inside the browser!

The browser knows about things like the tab and window status, what parts of a page are visible or not, when the browser is ready to paint, and what other animations are also running and visible. requestAnimationFrame addresses the problems with JavaScript timers we discussed before by putting the browser in charge and allowing it to use this information to optimize animation scheduling. So, the workflow for requestAnimationFrame looks like so:

I just said no additional callbacks will be enqueued until the current one has finished drawing and has been painted. However, if you call requestAnimationFrame() more than once each call will enqueue one callback, so you’ll get additional callbacks.

Also, the browser can have several animations happening in the same page in a single reflow and repaint cycle.

What requestAnimationFrame does NOT do

How to use requestAnimationFrame

requestAnimationFrame is now supported across all modern browsers but it’s still prefixed in some. At the time of writing the (un)prefixing situation is as follows:

However, to make sure your code works truly everywhere you should use Erik Moller’s polyfill, which provides robust cross-browser support, improving on Paul Irish’s fantastic original groundwork on the subject.

Here is the simple code that handles the animation inside our frog demo:

The requestAnimationFrame method takes as its argument the callback that needs to be executed to draw a new frame of the animation (animate). The callback, in turn, is itself a function that receives as an argument the timestamp of when the animation update was requested (time).

This timestamp is the result of invoking the now method of the Performance interface. You need to make sure that any other time measurement you want to compare this with is also a DOMHighResTimeStamp — in the example above we are calling window.performance.now and storing the result in the animationStartTime variable. In the animation function (animate) we then compare this start time with the current time (time) in each frame to calculate the position of the frog in each case.

When coding your animations, in case you bump into some old tutorials, note that the animationStartTime property was built in, but it is now deprecated, so you’ll have to keep track of the start time yourself like I’ve shown above.

To see this code in action, you can have a look at the source of my requestAnimationFrame demo.

In this article we have discussed how requestAnimationFrame increases the performance of JavaScript animations and how you can use it in a way that will successfully work in all browsers. I hope this article inspires you to try some cool animation experiments — and to update any old animation code you may have lying around! 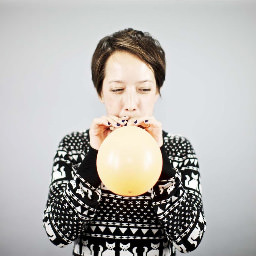 Published on 12 June 2013 in Articles. Edit this article on GitHub. Licensed under a Creative Commons Attribution 3.0 Unported license.