An Introduction to Datasets

HTML5 includes a means to set custom attributes on elements using the data- prefix. Called data attributes, they can be scripted to define and store data as well as increase options for attribute selection when styling with CSS. You can use as many data attributes as you require, providing greater control when manipulating and rendering data. For a first look, here’s an example that generates annotated music sheets.

Here is an example of data attributes on an element:

To get the value of of an attribute, you can use the dataset object as follows:

Note that hyphenated names become camel-cased. For example, if there was an attribute data-meal-time in the above markup, then its value would be retrieved by using expenseday2.dataset.mealTime.

Why do we need dataset?

The traditional way of accessing values of an attribute is as follows below:

Now, trying to access more than a few custom attributes could easily get messy:

With the dataset attribute, you do not need to use any kind of looping to get the values you want to manipulate. You can use it immediately:

dataset is not your typical object in JavaScript; it is a DOMStringMap object. DOMStringMap is a new interface that is available in HTML5 for a set of name-value pairs.

If you want to delete a data attribute, you can do that with:

And to add an attribute to an element:

How fast is it compared to getAttribute?

Using dataset to manipulate data is slightly slower than doing so with getAttribute, although if you are manipulating only a handful of data-attributes, the impact is not that significant.

Then again, dataset is much less of a headache to manipulate and use compared to other forms of manipulating attributes, and much more readable.

Where can I use it?

Every time you use a custom data attribute, using dataset to access the name-value pair is a good way forward. You can also feature-detect for dataset support and use dataset when supported, like this:

Note: If you have more intensive applications that require frequent updating of data attributes, I would recommend you use a JavaScript object to maintain data rather than manipulating the data attributes every time.

Now I’d like to present to you an example of using data attributes to render charts. In this example, data are added to the elements using the dataset, which are then rendered via generated content.

dataset is an easy way to access data attributes on an element. Support is slowly increasing, with Firefox nightlies also supporting the dataset attribute. Using this attribute does not improve code performance, but it does make it shorter, easier and more readable. 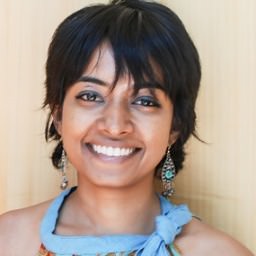 Published on 31 May 2011 in Articles. Edit this article on GitHub. Licensed under a Creative Commons Attribution 3.0 Unported license.