Media Capture is one of the most interesting features in web applications, especially for mobile devices. Surprisingly capturing media on the spot is quite a new thing for browsers in general, until recently always being delegated to browser plugins such as Flash or Silverlight. In this article we will explore how to use the Media Capture APIs, their compatibility across mobile browsers and the current state of the W3C specifications that define them.

Since 9 May 2013, the HTML Media Capture specification is a W3C Candidate Recommendation. It basically extends <input> elements with a capture attribute.

The capture attribute is a boolean attribute that, if specified, indicates that the capture of media directly from the device’s environment using a media capture mechanism is preferred.

Here is the HTML for image capturing:

Capturing video is quite similar; you just need to set the accept attribute accordingly.

And the story is the same for capturing audio:

For example, if you want to take a photo using the device camera and upload the image using an HTML form, this is all the code you need.

Nonetheless some of them only partially implement the specification or implement an older W3C specification, that makes the code above slightly different:

Here are some considerations, which I would hope to see changed in the future:

Another interesting aspect to consider is that before releasing iOS 6 Safari didn’t support type="file" at all; that is, it did not allow access to the filesystem. It’s only with iOS 6, released in September 2012, that Apple decided to open the doors to filesystem and media capturing.

It’s also worth mentioning that if the browser does not support media capture, it will ask the user to select a media object from the file system instead. Graceful degradation for the win!

The Media Capture and Streams specification is a W3C Working Draft, a joint deliverable created by the WebRTC and Device APIs Working Groups. Many refer to this specification as getUserMedia. It is a pretty new feature, which is partially supported only by Opera Mobile Classic at the moment.

Using this technology, accessing multimedia streams (video, audio, or both) from local devices (video cameras, microphones, web cams) should now be possible without browser plugins, which will allow easy real time communication between anyone with a supporting web browser.

The code is quite easy to understand.

After calling navigator.getUserMedia the user is asked for permission to let the browser access the camera or the microphone.

Now let’s look at a quite simple example in which the stop() method is used.

I simply added an event listener to a button inside the success callback, which activates the stop() method, providing an easy way to stop the stream.

In the following example I have used getUserMedia to take a photo. To do this, I had to capture a video from the device’s camera, load the stream in an HTML5 <video> element, and then wire up a button with image capture functionality.

Let’s look at the code in detail. This is the HTML: there’s a <video> element with the autoplay attribute set, an empty <img> tag into which I will put the photo, a <canvas>, and the Capture button.

The capture function is called when the DOM is ready; its parameters are the JavaScript DOM objects of the tags defined above.

If the user grants access to the camera, a blob URL is created from the stream and used as the src attribute of the <video> element, so that the HTML5 video object starts reproducing the stream from the camera. By clicking on the snapshotButton, the takePhoto function is called, resulting in our <canvas> capturing a still image from the video. The image is then converted to a dataUrl in order to fill the src attribute of the <img> element and display the photo.

A live demo of the Media Capture and Streams example can be found on my web site. More advanced getUserMedia examples can be found at shinydemos.com.

In order to natively support the use case of taking a photo via JavaScript, the W3C Media Capture Task Force started approaching this scenario as follows:

A common usage scenario of local device capture is to simply “take a picture”. The hardware and optics of many camera-devices often support video in addition to photos, but can be set into a specific “camera mode” where the possible capture resolutions are significantly larger than their maximum video resolution.

The advantage to having a photo-mode is to be able to capture these very high-resolution images (versus the post-processing scenarios that are possible with still-frames from a video source).

Capturing a picture is strongly tied to the “video” capability because a video preview is often an important component to setting up the scene and getting the right shot.

Many of the considerations that apply to video capture also apply to taking a picture.

In March 2012, a simple image capture API that extends getUserMedia’s functionality was proposed. In February 2013, an alternative proposal based on a new ImageCapture object popped up and in April, after some discussions, the need for a dedicated Image Capture specification has been recognized, which would allow us to take a picture without needing to use a video and a <canvas> element! On 9 July 2013 the W3C finally published the Mediastream Image Capture’s First Public Working Draft.

This is how the code would appear.

This way, it would be enough to instantiate an ImageCapture object and call the takephoto method on it. A photo event would be fired with a BlobEvent containing the captured image, so that my showImage function would create a URL directly from the blob object and display the image.

In the W3C Media Capture Task Force, there’s also an interesting debate about photo settings which likely will be part of another article, along with the MediaStream Recording API.

One thing to bear in mind is that the syntax is still under discussion, so it’s likely to change in the near future.

Media Capture opens the door to a number of scenarios for web applications, especially for mobile devices. Think of capturing, adding effects and uploading media on the fly. Think of real-time communication, recording, surveillance. Think of augmented reality! There’s still a lot of work to do with W3C specifications and mobile browser compatibility, but I’m sure we will see the light at the end of the tunnel very soon! 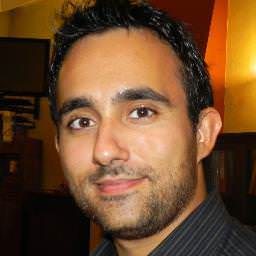 Published on 26 September 2013 in Articles. Edit this article on GitHub. Licensed under a Creative Commons Attribution 3.0 Unported license.