Opera Mini uses a number of custom, unregistered HTTP headers. Most of these are specific to Mini, and are sent in addition to the regular HTTP headers sent by Opera on any platform. The purpose of these headers is to give site owners information about the user’s handset and its capabilities/features.

This is broken up into tokens, as follows:

The tokens are as follows:

$PLATFORM_NAME$ contains the name of the platform on which the client is running. It can be one of the following:

$PRODUCT_NAME$ contains the name of the product, which is always Opera Mini.

$CLIENT_VERSION$ contains the version number of the Opera Mini client being used.

$SERVER_VERSION$ contains the version number of the transcoder being used on the Opera Mini server.

$LOCALE$ contains the language code for the locale of the current Opera Mini client, for example en for English.

$PRESTO_VERSION$ contains the version number of the Presto rendering engine being used by the transcoder on the Opera Mini server.

$EQUIV_DESKTOP_VERSION$ contains an indication of the equivalent desktop version. This was added to provide a similar UA syntax to desktop, rather than indicate capabilities, so it is not to be used for definite capability detection .

This header contains a comma-separated list of features supported by the phone. This can be used for capability detection before serving content.

Note that this header is only present if we have some reasonable evidence that our data is true.

Note that this header is only present if we have some reasonable evidence that our data is true.

This contains a comma-separated list of the proxy servers the request has passed on its way from the device to the Mini proxy. The first item in the list that is not an internal IP will always be the IP address that connects to the Mini proxy, hence it is the most reliable source of information about the origin of the request, and is suitable for geolocation etc.

Accept-Language specifies what language(s) the browser would prefer the response to be written in. You can specify multiple languages in a comma-delimited list using standard language tags, and each language can be given a quality value that indicates the user’s ability in those languages (this value defaults to 1 if not specified, which is the highest - the values range from 0 to 1.) For example, the actual example given at the bottom of this section means “I’d prefer to be sent old (bokmal) or new Norwegian, but I am also pretty good at English… I’ll also try French if you’ve not got the other two languages available, but I’m not very good at that.” If Accept-Language is not specified, then the server should assume that all languages are acceptable to the user. 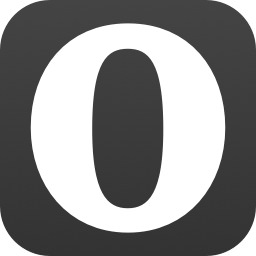 Published on 29 August 2011 in Articles. Edit this article on GitHub. Licensed under a Creative Commons Attribution 3.0 Unported license.