Many of us have moved on from thinking about media queries and responsive layout towards addressing the challenges of responsive images, navigation, UX and more.

Content and planning are important too. Even if you’re not adopting a Mobile First strategy, it’s important to consider the mobile experience when planning any responsive site. This includes thinking about content, user experience, design, performance and more. Rudy Rigot’s article on responsive projects examines more of these issues in detail.

In this article I’ll look at some of these considerations in the light of a specific case study — a responsive WordPress site I developed to support the campaign for an elected mayor in Birmingham, England (we’ll say nothing more about whether it worked — the result was a ‘no’ vote — but building the site was fun anyway!)

The site in question — What’s a mayor for? — was built to a tight deadline (one month to plan, design and build) and an even tighter budget (almost nothing). We looked at a variety of platforms used for campaign websites but decided on WordPress because it’s free and because there were members of the team with experience developing and editing WordPress sites.

Before any design or coding was done, we needed to know what the site had to achieve. So, in the space of a week, we developed a strategy to include key messages we had to communicate, the site’s target audience, the experience we wanted users to get from the site and how they would interact with it, and finally how the site would be maintained and updated.

Once we’d agreed all of this and put a team in place, we started to identify exactly what the site should include:

And, of course, we wanted people to be able to access the site wherever they were and whatever device they were using, so it would be fully responsive. We had to build that into the planning of the site so we could incorporate responsiveness from the very beginning.

More than just media queries - what this meant for development

Having identified this set of content, my next task was to design the site. This would normally mean producing mockups. Given the lack of time and the fact that the site was required to be responsive, I decided to dispense with this stage altogether and designed in the browser, working from a set of rough pencil sketches I made for myself to show different layout ideas at different screen widths, and a colour chart I developed after discussion with the client.

Designing in the browser — a successful experiment

This was the first time I have built a site with no mockups or design and it was an interesting experience. There were some challenges:

Having said this, designing in the browser had some real advantages:

All in all, given the right project and a trusting client, this is something I’d definitely do again.

Responsive images — the approach I took

The first element of the site which had to be made responsive (bar the layout itself) was the images. I won’t dwell on this in detail, as Matt Wilcox has written on the topic in detail — but it’s worth describing the WordPress-specific solution I used.

WordPress creates multiple copies of an image when you upload it, meaning you have access to three differently sized images (by default — it’s possible to change this). I took advantage of this, and the WordPress featured image functionality, to deliver smaller images to mobile devices. I’ve written about how I did this for Smashing Magazine, so will summarise it briefly here.

You can see this responsive images technique in action on the website I set up to demonstrate it.

This was a quick and easy solution for us but does have some drawbacks:

If I was developing this site again, I’d use Stuart Bates’s WP Responsive Images plugin, released after I built this site. This plugin uses JavaScript to detect the width of the screen, saves this in a cookie and then uses a handler script to create a correctly sized image, deliver and cache that image. Stuart Bates has documented how the plugin works in more detail on his blog. This plugin has two advantages over the approach I used: it doesn’t rely on UA detection, and it doesn’t require the site editor to use featured images.

The next stage after making the images responsive was to make the site’s video clips responsive too. This was potentially a bit trickier — I couldn’t just upload different resolutions of video and serve them to different devices, as WordPress doesn’t have a featured video capability (maybe one day!).

The solution took advantage of the fact that we’d decided to stream video from YouTube, meaning videos wouldn’t be loaded until they were activated and we didn’t have to host them on the site. When the user watches a YouTube video that’s been embedded in a third party website, YouTube automatically handles screen resolution etc., saving us all the hassle of sending different video files to mobile. I guess we could have uploaded our own videos and used HTML5 to display them, but WordPress would have grumbled at us and at the size of files we were uploading, and we would have run into problems on older browsers.

However, although YouTube displays videos nicely on mobiles once they’re activated, resizing embedded videos in the layout isn’t quite so straightforward. I played around with the iframe settings for what seemed like hours until I came across a solution documented on A List Apart, which uses absolute positioning to resize the video within the iframe dynamically. The only downside was that it involved adding an extra element for styling -—something purists would baulk at I know, as that element has no semantic relevance.

You can see one of these videos in action on the What’s a Mayor for site.

This solution worked well but had the drawback that a containing element had to be coded into each page with an embedded video — something that would present more of a challenge when clients are adding the embed code themselves. An alternative solution might be to use the very new Responsive Video plugin, developed by Kirsty Burgoine which, again, hadn’t been developed when I built this site (just showing how quickly WordPress is catching up with some of the challenges thrown up by responsive design). This plugin automatically styles any videos with the correct CSS to make it responsive when the video URL is added with a shortcode. Again, it saves relying on the site editor to do anything tricky — in this case I was wrapping each video in an extra <div>, which other editors may not have felt comfortable doing.

Responsive forms — UX is everything

The site included a few forms — surveys, a ‘get involved’ form, a ‘get in touch’ form, and more. The forms worked in different ways — some were designed to sign users up to the site, others were linked to a newsletter registration and others were just gathering data.

We used a variety of plugins depending on how the form data was going to be used, but by far the best when it came to responsiveness was Gravity Forms. This plugin creates forms styled with percentage widths that automatically resize according to the width of the browser. If you want to make the UX even better, it’s easy to add bespoke styling to some default classes that Gravity Forms uses to style side-by-side input fields, giving them full width and moving them one below the other when the screen becomes too narrow. The only downside is that Gravity Forms costs money.

None of the free forms plugins (unfortunately) delivered responsiveness out of the box, so I had to make some tweaks:

This gave us some quick forms for surveys and information-gathering that were easy to use.

None of this was too complicated but it would be nice to see more form plugins using fluid widths. And because of the tight timescales for developing this site, I didn’t manage to get the UX quite right for some of the forms.

I’d tried to develop a responsive BuddyPress site before and had all sorts of problems, so I wasn’t looking forward to this bit — in fact, I left it out of the initial stages altogether, preferring to get the public-facing site working first. But I couldn’t avoid the need to add BuddyPress to the volunteer area forever, so eventually I had to dive in and hope for the best.

BuddyPress, for those who haven’t experienced it, is a social plugin for WordPress. It allows you to turn a WordPress site into a fully functioning community or networking site, with user profiles and posts, interactions between users, events, groups and more. All of its functionality is modular so you can switch on and off what you don’t need.

I was pleasantly surprised. I had been worried that I didn’t take the route recommended by most BuddyPress developers — take an existing BuddyPress theme and make it responsive — but was doing it the other way round, bolting BuddyPress onto my already responsive theme. Happily, almost all elements resized themselves on different devices and I only had to change a bit of absolute positioning and tweak some pixel-based layout values to make the layout work.

The main tweaks I had to make were:

All in all, it only took 19 lines of code and BuddyPress was behaving responsively — a huge relief!

The main reason for this simplicity, I think, is that my original theme was based on a stripped-down version of twenty ten, the old default WordPress theme, which I hacked to pieces when it came out, stripping out code I didn’t need and making it responsive. I now use it as a parent theme for all of my sites, and the fact that this site had a layout which isn’t too far off that of twenty ten meant that any BuddyPress compatibility built into that benefitted me as well.

If you’re looking to build a responsive BuddyPress site, I’d recommend taking one or more of the following approaches:

Summary — and what I would have done differently

As with any project, looking back at this site build a few months later means I’m spotting things I would have liked to do differently. But in the timescales and the budget we had, we did a reasonably comprehensive job of building a responsive site with a variety of content, media and functionality. Enhancements I would like to have made include:

As it is, Birmingham voted ’no’ and so the site ceased to have a purpose after May 2012. But I know it gave me and other members of the team some great experience in planning, designing and developing a responsive campaign website, something which we’ll be able to draw from for future projects. 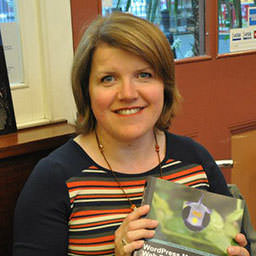 Published on 26 September 2012 in Articles. Edit this article on GitHub. Licensed under a Creative Commons Attribution 3.0 Unported license.