Zebra striping—or, coloring or shading alternate rows on a table—is thought to enhance the usability of a table by guiding the user’s eye along a row. This method has been used in print for years, and many designers try to emulate this technique when making tables for the Web. CSS has made achieving zebra striping easier, but, up until CSS3, it still involved a bit of cumbersome coding.

With the advent of CSS3’s nth-child selector, we are able to target multiple elements in a document by creating a "counter" that skips over specified children in the document tree. This allows us, specifically, to style only the odd or even rows of a table. This article details how to use nth-child successfully.

Before we begin covering how to use this new selector, let’s review the old way of doing things. First, we would have to add a class attribute to every other table row:

Luckily, our table is fairly small, so this doesn’t require too much work. But you could imagine how tedious this process would be if our table was dozens of rows long! We would then add a CSS rule that targeted those rows:

While this method works, it’s a bit inefficient in that it requires extra markup in the HTML document. This markup, in turn, doesn’t really add anything semantically valuable: The odd rows don’t serve a different function than the even rows; we just want them to look different. Hence, we haven’t kept the structure separate from the presentation. Not to mention that coding a large table this way can be a frustrating task.

CSS3, however, includes selectors that let us keep our hands out of the markup and use just CSS to pick out the rows we want to style. The relevant selector—the nth-child selector—is a bit complicated, so let’s take a moment to understand how it works.

What does this mean?

To clear things up a bit, let’s break down an example:

In our hypothetical example above, the b variable is set as two, which means that the first element targeted is the second child beneath the parent in the document tree, the second paragraph within the body, or the second item within a list.

In this example as shown in Table 1, you can see that the second child element is matched, then the seventh, then the twelfth, and so on, until we’ve run out of elements.

How does this selector help us with zebra striping? Note that this formula allows for some quite complicated configurations—making it very versatile. To target only odd or even elements, however, we need only remember two kinds of selectors.

To target all even rows as shown in Table 2, we can use the following selector:

Table 2. Demonstrating that only even-numbered of rows are selected

To target all odd rows, we would compose the following selector:

This selector matches the first row within a table, and every second row after that—all of the odd rows as shown in Table 3. 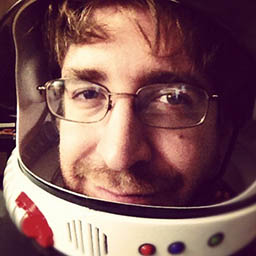