Last year it became clear that the procedures for verifying data used to issue SSL certificates (and other types of certificates) were not as uniform as might be desired. This led to a situation where information in certificates might be misleading.

Certificates are specially formatted documents used to identify certain entities — persons, companies or (in our case) Web sites — and associate them with a given public encryption key and its associated private key. A user can use this public key to verify documents digitally signed by the associated private key held by the identified entity. Alternatively, the user can use the public key to send encrypted information to the certificate’s owner that can only be decrypted by that private key.

To increase the usefulness of (in particular) SSL certificates and reduce the likelihood of misleading or incorrect information being placed in certificates, the browser vendors, the Certificate Authorities (CAs) and several others, such as the Information Security Committee of the American Bar Association, WebTrust and the Anti Phishing Working Group created the CA Browser Forum.

The forum’s goal is to create a set of guidelines for how certificates used for sensitive online transactions, such as payments, are created and how the information contained in them is checked before the certificate can be issued. The guidelines also specify what kind of controls browsers should perform before indicating that the certificates have been issued according to these guidelines.

Some details, like the general UI (for example a green security toolbar, as suggested by Microsoft) and how the certificates should be identified were decided early, when the browser vendors met in Toronto 1, 2, 3, 4 last year.

That was the easy part.

All of these procedures must also be possible for an auditor to verify.

There were some things that were not realistic to achieve, such as proving that the Web site owner is a law-abiding citizen, is trustworthy and reputable, and so on, or that it is safe to do business with the owner. These are criteria that are far too subjective, and even if they are true at one point, that might change very quickly.

These guidelines are intended to raise the information quality of the certificates. For anyone wanting to engage in criminal activity, the guidelines also raise the bar in terms of cost, time-wise and financial, and the risk of getting caught.

What do the EV Guidelines demand?

There are also requirements for the procedures the CA must use when issuing a certificate, and what data must be included in the certificate.

All of the procedures must be audited regularly (yearly) by a WebTrust auditor (or equivalent), and if the CA fails an audit, the certificates it has issued can no longer be recognized as EV certificates.

On the browser side we must perform several checks of the certificate before we can turn on the Extended Validation indicator:

Once a certificate has passed all these checks, the client can turn on the Extended Validation indicator, usually a green security toolbar (which in Opera is normally yellow).

Current plans among the CAs are to start offering EV early 2007, when the first EV update of IE7 is planned.

Opera has not yet implemented complete support for what is needed for Extended Validation, but work is underway:

There is a lot more that needs to be implemented before we can release a version with support for EV, but we will do so When It’s Ready. 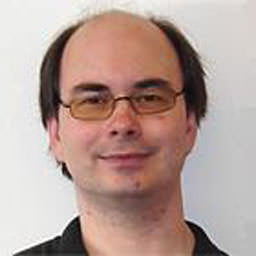 Published on 9 November 2006 in Blog. Edit this article on GitHub. Licensed under a Opera Software AS license.