Opera 57 (based on Chromium 70) for Mac, Windows, Linux is out! To find out what’s new for users, see our Desktop blog post. Here’s what it means for web developers.

Displaying a dialog will cause pages to leave fullscreen

The ontouch* APIs default to disabled on desktop platforms

The ontouch* event attributes on Window, Document and Element are now disabled by default on desktop platforms. This is to avoid confusion when feature detecting touch support - use navigator.maxTouchPoints for touchscreen detection and window.TouchEvent touch event detection instead. To support both touch and mouse input, consider using the Pointer Events API.

Event listeners for the associated touch events can still be added via EventTarget.prototype.addEventListener, like:

Thus what was previously written as:

can now also be written as:

An “intervention” happens when the user agent (the browser) willfully violates the request of a web application in order to improve performance, security or eliminate behavior that is considered annoying to a user. These interventions can now be reported back to the page author either by using the Report-To HTTP Response header or the ReportingObserver API.

TLS 1.3 is a new version of the TLS protocol that sports a simpler, less error-prone design which improves both efficiency and security. This is achieved by, among other things, reducing the number of round-trips needed to setup a connection, and remove a number of insecure legacy options.

The WebUSB feature can now be accessed from within a dedicated worker. This for example allows communication with an USB device to be offloaded from the main thread - which can improve performance.

The Application Cache feature, after having been deprecated since Opera 54 (Chromium 67), is no longer exposed in non-secure contexts.

It was previously possible to access <frame> elements by name via their parent <frameset>. This was a non-standard extension, which has now been removed.

The “V0” versions of the Custom Elements and Shadow DOM APIs has been deprecated, and is expected to be removed in Opera 60 (Chromium 73). Please watch out for deprecation warnings and migrate any usage to the “V1” APIs:

At the time of writing, the latter specification is in the process of being split up and included into the DOM Standard, HTML Standard and CSS Scoping.

To understand what the differences are between “V0” and “V1” of Shadow DOM, see What’s New in Shadow DOM v1 (by examples) by Hayato Ito, for a very thorough list.

HTML Imports allowed importing HTML documents into other HTML documents. This feature was never widely supported, and is thus being deprecated. Like Custom Elements “V0” and Shadow DOM “V0” above, it’s also expected to be removed in Opera 60 (Chromium 73). 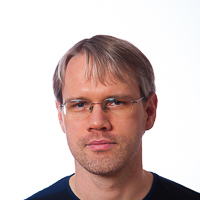 Published on 28 November 2018 in Blog. Edit this article on GitHub. Licensed under a Creative Commons Attribution 3.0 Unported license.