WCAG 2.0 Is Official — but Is That All You Need to Make a Site Accessible?

For those that have been following their progress little in the WCAG 2.0 specification has changed over the last few months but a lot of work has gone into improving the organisation of the supporting documents making them seem like much more like a WCAG 2.0 resource suit rather than simply a repository specifications and technical documents as it was before. You'll find WCAG 2.0 documents now grouped into technical, educational and documents to help you transition.

While accessibility is much more than adherence to a set of guidelines such as WCAG there are a number of benefits of referencing version 2 over version 1. Access for people with disabilities and older users has become increasingly fragile over the last few years due in part to the rise of Rich Internet Applications and WCAG 1.0 being unable to cope with the web moving from basic linked files to more complex or proprietary technologies such as AJAX, Flash, PDF, Silverlight and so on. With WCAG 2.0 designed to accommodate non W3C technologies, be testable and have updatable techniques we should have a set of guidelines that can develop as the web evolves which was not the case with WCAG 1.0. Version 2 of the guidelines is also accompanied by the WAI Accessible Rich Internet Application Suite (WAI ARIA) which outlines how to make RIA application accessible. Currently published as a Working Draft WAI ARIA is expected to be out soon.

Fundamental to accessibility is using open web standards to guarantee universal access to your sites whether it is viewed by disabled users such as a blind user with a screen reader, viewed on PDA's, mobiles, set-top boxes, displayed in older browsers or designed to be print ready. If you really want to make your site accessible then you need to not only reference the WCAG 2.0 guidelines but also:

Over the coming weeks I'll be spotlighting parts of WCAG 2.0, explaining them in more detail. I have a list but I'd much rather write about what you'd like to hear more about so leave a suggestion and I'll post about it. 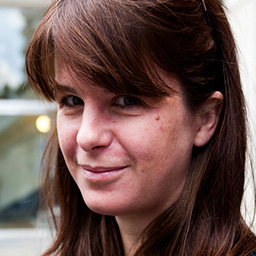 Published on 11 December 2008 in Blog. Edit this article on GitHub. Licensed under a Creative Commons Attribution 3.0 Unported license.