Recently we've been prototyping on Opera Mobile for Android to add support for both the HTML <device> element and the W3C's proposed orientation events specification.

In our first internal build, web developers are able to access, display and interact in real-time with a user's web camera using native HTML features. ...

This information is out of date. For the latest information, please refer here: http://my.opera.com/core/blog/2011/03/23/webcam-orientation-preview

Developers are able to request a real-time video stream of the device's back-facing camera. The resulting camera stream may be displayed in any web page by assigning the device element's data attribute to a HTML <video> element.

The simple example below demonstrates how our implementation of the HTML <device> element can be used to display the web camera in a web page:

Currently, the device element's change event is triggered when the page is loaded or when a dynamic HTML device element is created in script and appended to the document. In the future we will be considering different user experiences to ensure that the user can opt-in and authorize the sharing of their web camera with a web page. In the absence of this user opt-in functionality, we have currently chosen to disable access to any Stream pixel data via a HTML <canvas> element.

In addition to the limitations above, keen observers will note that we have simplified the proposed Stream interface by not implementing its proposed methods and attributes. By doing this we were still able to provide the core functionality of the <device> element without unnecessarily exposing a URI. As demonstrated above, the Stream object itself should instead be assigned directly to a video element's src attribute. When a video element's src parameter has been assigned a Stream object and that attribute is subsequently queried the result is a reserved, though unresolvable, URI of about:streamurl.

While prototyping with <device> we discovered some inherent problems with using a HTML element. Although our initial implementation in this build does not provide any native user interface for the <device> element, the element's design would require native user interface components to be inserted in to a web page in order to allow the user to initiate and grant access to their devices. From experience with form controls, we know that this can be sub-optimal for designers, as it limits their ability to customize the controls. We feel a better approach is to allow authors to create their own user interfaces and provide an API that provides the same functionality. Therefore, we welcome and will continue prototyping on the latest changes introduced in to the WHATWG's HTML draft.

Here's an example of using orientation events to create a simple compass:

We're still at the very beginning of the long road to ubiquitous web standards support for accessing the user's web camera and microphone in the browser. In the coming weeks and months we plan to continue developing and releasing updates related to these technologies.

Our current prototyping demonstrates one well-known method for web camera access although the methods used to access device functionality (and to a lesser extent, orientation events) will change significantly before they are adopted as ubiquitous web standards.

We'll be releasing a build shortly. In the mean time please give us your feedback in the comments below! 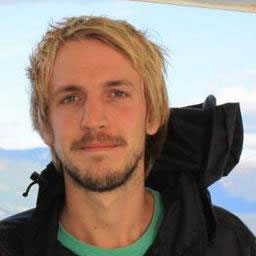 Published on 14 March 2011 in Blog. Edit this article on GitHub. Licensed under a Creative Commons Attribution 3.0 Unported license.