An Introduction to WebVTT and <track>

Web Video Text Tracks, more commonly known as WebVTT, is a file format that allows us to mark up external text tracks. Using it in conjunction with HTML5’s <track> element means we can associate information such as subtitles, captions and descriptions for a media resource such as audio or video, and display them synchronised with the media resource.

Being able to add textual information in this way allows us to make our media content more accessible to those who are perhaps unable to listen to a video’s dialogue due to an auditory impairment or simply because the dialogue is in a language that the listener doesn’t understand.

This article introduces the WebVTT file format, the various options available, and how it can be used with the <track> element to add subtitles to a video.

A WebVTT file is a simple text file, encoded as UTF-8, with a .vtt file extension. It follows a specific format as defined by the specification. It may sound stressful having to learn a new file format, but don’t worry — the VTT file format has been kept deliberately very simple.

Note: to use WebVTT files on your server, you may have to make the content type explicitly known, for example with an .htaccess file on an Apache server you could do:

A WebVTT file begins with the following, in this order:

An example of this is as follows:

What comes next actually defines the textual content and is the important bit.

The content of a WebVTT file consists of zero or more “WebVTT cues”, each of which is separated by two or more WebVTT line terminators.

A WebVTT cue allows you to specify some text for a particular part of a media file (e.g. a subtitle) and the timestamp range of the media file that the text in question applies to. You can also assign a unique identifier to a WebVTT cue, which is a simple string that cannot contain the substring: -->, nor any of the WebVTT line terminators. Each cue takes the following form:

Since idstrings are optional, you may not want to include them in your code, to cut down on verbosity. However, they can also be useful for file organization, and manipulating WebVTT with script.

Here are some WebVTT cue examples:

It is also possible to specify some settings on a cue by cue basis using WebVTT cue settings — we will look at these next.

There are a number of settings that can be set per cue, and these are specified after the timestamp range value:

These cue settings allow you to specify the position and alignment of the cue text, and the following options are available:

Note: if no cue settings are set, the positioning default to the middle, at the bottom of the frame.

Let’s look at a quick example of how some of these might be used:

In addition to all this, you can use “WebVTT cue components” to add further information to the actual cue text itself. These components are similar to HTML elements, and can be used to add semantics and styling to the actual text strings. A list of the different components available is given below:

An example of some of the components in action can be seen below:

This example specifies two different voices for the cue text, Emo and Proog respectively. In addition, a CSS class of question is specified in the first cue text, which can then be used for styling purposes. A class such as this can be styled in the usual way via CSS attached or defined in the calling HTML page.

Note that to style cue text in CSS, you need to use a special pseudo-element selector, for example:

It is also possible to add timestamps to cue text, indicating that different parts occur at different times. An example of this is shown below:

This will cause all the text to be displayed at the same time, but do note that in supporting browsers you will be able to use the :past and :future pseudo classes to style text differently depending if it is in the future or past. For example:

So as you can see, the WebVTT file provides you with many options, allowing you a lot of control over how any text (especially video subtitles) might appear. But how can you actually make your text tracks appear alongside your media, and what else can you do with it? We’ll look at this next.

Note: There is a Live WebVTT validator available, for when you want to check whether your WebVTT files are written correctly.

The <track> element is specified as a child of an <audio> or <video> element, and there can of course be more than one <track> element defined: each one may provide subtitles for different languages and/or different kinds of text tracks. An example of a video that has subtitles and chapters defined for it in both English and German is given below:

Unfortunately at the moment browser support for WebVTT and the <track> element is poor: it is currently only supported by Internet Explorer 10 and Chrome 16+.

You can enable parsing of the track element in Chrome (via chrome:flags and “enable <track> element”), which enables your WebVTT subtitles to be rendered, although no choosing between languages is allowed when multiple track elements (with kind="subtitles") exist. The one which has the default attribute is chosen, although this is not mandatory.

Internet Explorer 10 supports WebVTT and the <track> element, but it is only in beta mode and available on Windows 8 only.

For now the only way to get cross browser support is to use a JavaScript polyfill.

There are a number of <track> polyfills available at the moment, but many of them don’t support WebVTT — they support the older WebSRT format, the precursor to WebVTT. Listed below are some polyfills that do support WebVTT:

All of these support HTML5 <video>, but not HTML5 <audio>, but I think that they could be easily adapted to do so in some way.

Personally I prefer to use Playr as it supports more than just subtitles, and it’s also one of the easier polyfills to use: let’s look at an example of how to implement it.

Playr is written by Julien “delphiki” Villetorte and is incredibly simple to use, once you have your WebVTT file(s) and video of course.

There only a few steps required to get Playr up and running:

And that’s it! Playr will take over playing your video and parse any <track> elements that it contains. As mentioned earlier, Playr supports subtitles, chapters and captions (which get treated in the same way as subtitles). My example code adds English and German subtitles to a video, as well as navigational English chapters.

The <video> element in my example looks like this:

In addition to supplying subtitles and chapters, I have also included a small JavaScript file, transcript.js, which defines a function loadTranscriptFile. This takes a WebVTT subtitles (or captions) file as an argument, parses it (using code taken from Playr), and displays the text on screen, in an element with an id of transcript.

If the WebVTT subtitle text contains the “voice” tag, the name entered is also displayed alongside the text.

The introduction of WebVTT and the HTML5 <track> element makes it much easier for web authors to make their video and audio more accessible to those who, for whatever reason, are unable to access the content in the way it is usually presented.

Whilst browser support is still nascent, a number of JavaScript polyfills allow us to make our media more accessible now, in a way that will be understood by browsers once support for WebVTT increases.

Accessibility is something that we, as web authors, should be thinking about when serving media content to our users. The more users who can access our content the better, right? 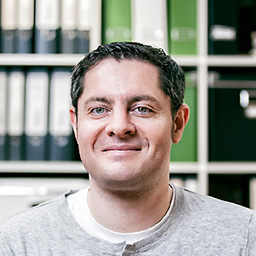 Published on 20 June 2012 in Articles. Available in Chinese Simplified, English. Edit this article on GitHub. Licensed under a Creative Commons Attribution 3.0 Unported license.