SKA is an open source access control system for SSH-based servers. It was originally created by Opera Software and designed to provide scalable, secure and automated oversight on SSH public keys access. SKA allows you to manage a user’s access to servers in a simple manner, no matter if it’s a small amount of users and servers or hundreds of machines with a company’s LDAP connecting user accounts. Some advantages include the ability to delegate authority over server access (defining who has enough knowledge to approve access), its modern UI and no additional requirements apart from proper SSH daemon configurations on managed servers.

At Opera, we have always preferred SSH Keys authentication method over weak passwords. However, as we have had to oversee thousands of servers grouped in multiple services with SSH Keys distributed among them, it turned out that there was no suitable solution on the market which met our needs. Available systems either were not prepared to work in a flexible manner or required a lot of hassle to distribute custom-built packages with authentication modules. That lead us to develop our own solution.

Using flexible backend structures for synchronization, database and Web UI, we have created a system that not only allows us to manage accesses but also to tune plenty of possible SSH hardening settings per user. Diverse service specification (from servers using only server-to-server access and to servers available for all users that are in our company LDAP) resulted in a very flexible solution. Still, it has not lost it’s simple and responsive interface - because of the people who work on this!

Today, after few years of using, fixing and expanding our system with more features, we would like to allow everyone to use SKA - SSH Key Authority. No matter if you manage two or three servers or you’re part of LDAP-based organization with thousands of users, SSH Key Authority can help you in maintaining access and proper auditing of changes every day.

SKA is released under Apache License 2.0, and is hosted on GitHub.

The system will continue to be developed and updated and we plan to add a few more features, such as support for two-factor authentication with time-based tokens, in the near future.

Finally, a big kudos to the Opera IT Team for development and bug catching, and to all Opera Employees for their extensive testing and feature requests! 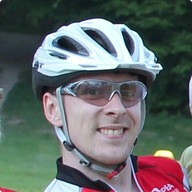 Published on 22 August 2017 in Articles. Edit this article on GitHub. Licensed under a Creative Commons Attribution 3.0 Unported license.