This Friday 19 August Oslo will see its first ever Selenium and Watir meetup. The meetup will be hosted by Opera at our headquarters and is open to anyone with interest in automated web application testing or browser automation!

Selenium automates browsers. What you do with that power is entirely up to you. Primarily it is for automating web applications for testing purposes, but is certainly not limited to just that. Boring web-based administration tasks can (and should!) also be automated as well.

Selenium has the support of some of the largest browser vendors who have taken steps to make Selenium a native part of their browser. It is also the core technology in countless other browser automation tools, APIs and frameworks.

Jari Bakken will give an introduction to what WebDriver and Watir is all about, and give you good arguments for why using these tools for testing the whole stack is the way to go.

Kristian Rosenvold will give his talk “Test First Development of Web Applications”, a fun live-coding demo he gave at Smidig 2010.

Jari Bakken: As a core developer on both the Watir and Selenium projects, and the founder of related projects such as Celerity and watir-webdriver, Jari has extensive experience in the web test automation space. Since late 2009 his open source efforts have been focused on Selenium 2/WebDriver, for which he wrote and maintains the official Ruby bindings. His watir-webdriver project, an implementation of Watir's API on top of the WebDriver technology, marks an important step forward in consolidating the Watir and Selenium projects on the best browser automation tech available.

By day Jari works as a test engineer for Norwegian classified ads site FINN.no, where he develops automation solutions and test infrastructure. By night, he enjoys hacking on Ruby tools and making use of his degree in jazz guitar.

Where? Opera HQ, Waldemar Thranesgate 98 (entrance close to Sanner bridge at Alexander Kiellandsplass)
When? Friday 19 August at 15:00 CET
Who? Anyone! The event is free and open to the public.

If you are attending, please sign up so that we know approximately how many people are coming. 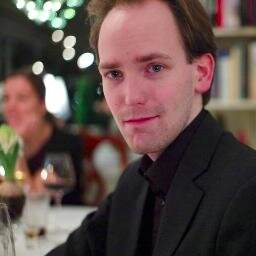 Published on 16 August 2011 in Blog. Edit this article on GitHub. Licensed under a Creative Commons Attribution 3.0 Unported license.