Opera 46 (based on Chromium 59) for Mac, Windows, Linux is out! To find out what’s new for users, see our Desktop blog post. Here’s what it means for web developers.

Opera now supports animated PNG, or APNG for short. APNG is a file format that works similarly to GIF. The difference is that APNG is smaller and supports both 24-bit images and 8-bit transparency. It has become quite popular recently, particularly since Apple adopted the APNG file format for the iOS 10 iMessage apps. APNG was also supported in Presto-based Opera 12.

Watch the APNG demo and learn more about this format.

This was actually added in Opera 44, but we missed to write about it!

This might still be a bit rough in the edges, but in general SVG favicons should now work in Opera! (Not yet in Chromium.) To see this in action, check some of the WHATWG standards which use SVG favicons. Firefox also supports SVG favicons, and it was also supported in Presto-based Opera 12.

Opera now throttles expensive background tabs. This reduces the processing power required for background tabs and improves battery life and browsing performance. Try it out yourself with this background timer throttling demo.

As a web developer, you also can help with reducing the work that your page or app does while being in a background tab by using requestAnimationFrame instead of timers to drive animations, and the Page Visibility API to stop unnecessary work when the page is hidden.

The Service Worker navigation preload API enables the browser to preload navigation requests while a service worker is starting up. See Speed up Service Worker with Navigation Preloads by Jake Archibald for more information. 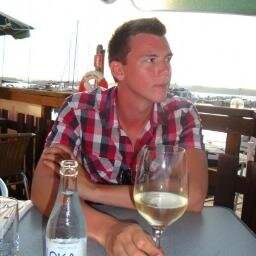 Published on 22 June 2017 in Blog. Edit this article on GitHub. Licensed under a Creative Commons Attribution 3.0 Unported license.